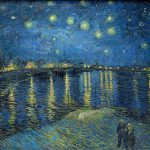 I would challenge all of us to consider our focus. As Asatruar, we have done a great job of building our communities. I think we have done a great job of focusing on the good of our folk and our close group of friends. What I think is focused on too seldom is a focus on the Divine. We think very often of what makes sense for our practicality. We do well to think of what is best for our family and for our Kindreds. How often do we focus on what would be pleasing to our Gods? I know as a Gothi, I have spent a lot of focus and energy wondering about the effects a ritual I preform has on those in the circle. How does the first-timer feel after a Blot I lead? Did folks like it? Did I mess up a few words and look silly? All this is very important, but what is MOST important, is how the God or Gods received the ritual. Was Odin pleased with the Odin Blot? Did we effectively build our relationship with Thor? Did we secure the blessings of our Gods, and honor them? This is true in all our decisions, would the Gods and Ancestors be proud of us? What would best honor our Gods? I have found, in my own rituals and practices as a Gothi, as well as my life as a man, the more I focus on the opinion of and my standing before the divine, the better EVERYTHING works out. By focusing on the above, we ascend as individuals. By our AFA family all focusing on the above, we ascend as a church. In all we do, let us focus on making our Gods and our Ancestors proud.

Hail the Ancestors!
Hail the Gods! 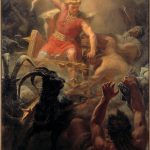 As we talk about establishing sacred space and increasing our piety, I want to take a moment to point out Thor’s role as hallower of the sacred. When we use a location that is not permanently set aside for holy purposes, we preform the hammer rite to invoke the protection of Thor and by his power to sanctify the location. When we gather for a meal, we invoke the holy with “the sign of the hammer” in order to set aside the act of eating as a sacred act. We bless the womb of the bride with Thor’s hammer. Runestones often invoke Thor to bless an area or to curse those that would violate the sacredness of a space or move a stone. In a very obvious way, we wear the Mjolnir pendant around our necks to mark us as followers of the Aesir and to protect and sanctify us as people. As we think on the Thunderer, let us take note of his power to uplift, to sanctify, to transmute the mundane into something holy. 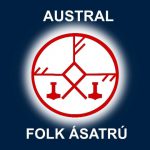 The Asatru Folk Assembly is proud to welcome home The Austral Folk Asatru Kindred of Brazil as a official Kindred of the AFA.Gaining Kindred affiliation is not a easy task. Kindreds must show loyalty, have integrity and always stand with their church.Since the dawn of time our folk, the Germanic Tribes have moved around and spread out and settled all across Midgard. We now have folk literally everywhere, growing and carrying on the traditions of our Ancestors. Our faith goes back over forty thousand years and everyday our folk are waking up and coming home. This is an exciting time to be alive! We are very fortunate to have representatives all over Midgard and to be there for them and provide a home. And a place to honor our Gods and Ancestors with likeminded folk. Thank you Austral Folk Asatru Kindred for stepping up and being a shining representative for our folk.

Hail the Doers!
Hail the Kindreds of the AFA!
Hail the Asatru Folk Assembly 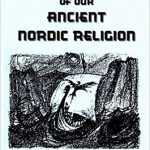 As we celebrate the life and work of Alexander Rud Mills this month, I took some time to re-read “The Call of Our Ancient Nordic Religion”. I would encourage all of you to give this book a read. It is very important that we look at our history, celebrate the roots of modern Asatru. One can tell that Mills was an incredibly intelligent man and an accomplished writer. it is easy to recognize the ways his ideas differ from our own and the ways he was not able to entirely shake off the deeply ingrained Christianity that had conditioned our folk for a millennium. What I think is much more important is to take note of the courage it took to start out on this journey back home to our Gods. What I think is especially important is to see the ideas that he did take up that laid the foundations for what we have today. Reading this book again a few things really stood out to me. One thing is that he understood clearly that life is good, that mankind is not inherently dirty and sinful. More than this, he recognized that our Folk and our Gods are not separate from one another, God being holy and good and man being dirty and disgusting. He knew that we ought to take pride and dignity in who we are and strive to be noble and stand nobly before Gods that are connected to us and who want to see us succeed and be winners. Mills saw a return to dignity before the divine and he had the courage to set out on a new road and begin reforging our bridge to our Gods and our destiny. Our faith and our folk grow and evolve, hopefully we are all closer to perfection with every year that passes. We learn more, we mature, we dream. Hail and thank you to those that had that spark of inspiration, those who laid the foundations that we are blessed to be able to build upon. 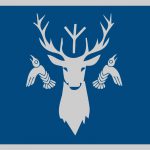 Today I am especially honored to welcome home The Cascadia Althing Kindred of Idaho as an official Kindred of The Asatru Folk Assembly. Gaining Kindred affiliation is not an easy thing to do. Our Kindreds must show loyalty and have integrity and be that shining, noble representative for our church and local communities. Idaho used to be a area that didn’t have much membership or activity, until now. Get ready Cascadia Althing because you are about to become popular. Thank you for stepping up and being there for our folk!

Hail those who Do!
Hail the Kindreds of the AFA!
Hail the Asatru Folk Assembly!!! 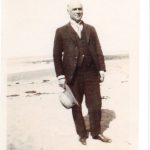 Born in July of 1885, Mills trained as a lawyer in Australia.  In the 1920s, he travelled the continent of Europe, exploring the lands of our ancestors.  He began writing about the ancient folkways and began to publish his work.  When he returned to Australia in 1934, Mills founded the Anglecyn Church of Odin.  This organization encouraged those of European descent to explore their pre-Christian faith, and remain loyal to their own interests as a people.  During World War Two, the Australian government imprisoned Mills for 9 months, and attempted to quiet those who agreed with his ideas.  He was later cleared by a judicial panel of any wrongdoing.  Mills died in 1964.

Despite the attempted suppression of his works, the ideas present by Mills sowed the seeds in the minds of many, including Else Christensen.  As these ideas were built upon, Asatru as we know it was shaped, laying the groundwork for so many Europeans to return to their spiritual home.